First, the effect of heat treatment process on improving the fatigue strength of bolts

Automobile fasteners have always been based on a wide variety of features, types and specifications, and their selection and use involve structural analysis, joint design, failure and fatigue analysis, corrosion requirements and assembly methods, and related Product quality control and testing, etc., these factors largely determine the final quality and reliability of automotive products.

The fatigue life of high-strength bolts of automobiles has always been a problem. The data indicates that the failure of bolts is mostly caused by fatigue damage, and the bolts have almost no signs of fatigue damage. Therefore, major accidents can easily occur when fatigue damage occurs. Heat treatment can optimize the performance of the fastener material and increase its fatigue strength. It is more important to improve the fatigue strength of the bolt material by heat treatment for the higher and higher use requirements of high-strength bolts. 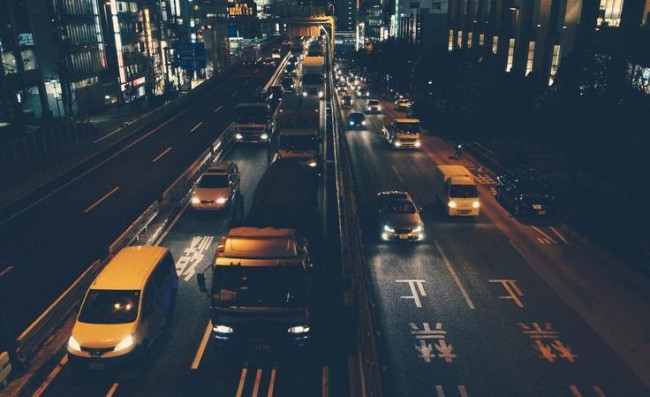 1. Initiation of fatigue cracks in materials

2. Effect of decarburization on fatigue strength

The fasteners are heat-treated and quenched to improve the microstructure, and have excellent comprehensive mechanical properties, which can improve the fatigue strength of the bolt material, reasonably control the grain size to ensure low-temperature impact work, and also obtain high impact toughness. Reasonable heat treatment to refine the grains and shorten the grain boundary distance can prevent the occurrence of fatigue cracks. If there is a certain amount of whiskers or second particles inside the material, these added phases can prevent the resident slip to a certain extent. The slip of the belt prevents the initiation and propagation of microcracks.

A large number of failed bolts indicate that the break in the transition between the head of the bolt and the stem during service is broken; the joint between the thread of the bolt and the rod is broken; and there is a slide along the threaded portion. Metallographic analysis: There are more undissolved ferrite on the surface and core of the bolt. The austenitization is insufficient in quenching, and the strength of the matrix is â€‹â€‹insufficient and stress concentration is one of the important reasons for failure. To this end, it is very important to ensure the bolt cross-section and uniformity of the structure.

The function of the quenching oil is to quickly remove the heat of the red hot metal bolt and reduce it to the martensitic transformation temperature to obtain the high hardness of the martensite structure and the depth of the hardened layer. At the same time, it is necessary to reduce the deformation and prevent the bolt. Cracking. Therefore, the basic characteristics of quenching oil is "cooling characteristics", which is characterized by faster cooling rate in the high temperature stage and slower cooling in the low temperature stage. This characteristic is very suitable for the quenching requirements of high strength bolts of alloy structural steel â‰¥10.9 or higher.

The rapid quenching oil is thermally decomposed, oxidized and polymerized during use, resulting in a change in cooling characteristics. The trace moisture contained in the oil will seriously affect the cooling performance of the oil, resulting in a decrease in the brightness of the fastener after quenching and uneven hardness. Produces soft spots and even a tendency to crack. Studies have shown that the deformation problems caused by oil quenching are partly caused by water in the oil. In addition, the water in the oil accelerates the emulsification of the oil and promotes the failure of additives in the oil. When the water content in the oil is â‰¥0.1%, when the oil is heated, the water accumulated at the bottom of the oil tank may reach a boiling point, and the volume suddenly expands, which may cause the oil to overflow the quenching oil tank and cause a fire.

The quenching oil has a short steam film stage, that is, the oil is cooled at a high temperature stage. This feature is beneficial for 10B33, 45 steel â‰¤ M20 bolts, M42 nuts to obtain a deep hardened layer, and for SWRCH35K, 10B28 steel Thin â‰¤ M12 bolts, M30 nuts can ensure a small difference between the hardness of the core and the surface hardness. From the analysis of the cooling rate distribution, in addition to the fast cooling required in the middle and high temperature stages, the low temperature cooling speed of the oil has a greater effect on obtaining the depth of the hardened layer. The higher the low temperature cooling rate, the deeper the hardened layer tends to be. This is uniform for the entire section of the high-strength fastener, and it is required to obtain about 90% of the martensite structure before tempering in the hardened state. The indicators for evaluation include flash point, viscosity, acid value, oxidation resistance, residual carbon, ash, sludge, quenching cooling rate, quenching brightness and other nearly 20 indicators.

On the specimen of the early failure bolt, it can also be seen that there are crack defects on the thread near the fracture of the fracture bolt, mainly due to the improper rolling process of the bolt, and the metal plastic rheology merges during the cold forming process of the twisted thread. It is caused by folding; there are also micro-cracks with different depths in the bottom of the thread, and the stress-concentrated area is formed by processing the built-up edge. GB/T5770.3-2000 "Special requirements for bolts, screws and studs for fastener surface defects" stipulates that for a bolt with a stress above the diameter of the thread, the depth is not more than a quarter of the height of the thread profile is allowed. Folding and built-up edge of the thread bottom is an impermissible defect, and folding is one of the main causes of bolt breakage.

Third, the surface protection and technical development of automotive fasteners

Fasteners on automobiles, especially fastening bolts, pipe ferrules, elastic clamps, etc., are in a harsh environment during use, and the corrosion is usually severe, and even the rust is difficult to disassemble. Therefore, fasteners are required to have good corrosion resistance. A more common method currently used is to electroplate zinc, zinc-nickel alloy, phosphating, blackening and dacromet. Due to the limitation of the hexavalent chromium content in the coating surface of automobile fasteners, the products containing harmful substances are not allowed to enter the market, which is an unprecedented high in the innovative ability of surface treatment of automobile fasteners. Standard environmental requirements.

The anti-rust mechanism, the film structure treated by Kumimet is also the same as that of the Dacromet-treated film, and the metal sheets are layered and overlapped to form a film bonded by a silicone-based adhesive, thereby covering the substrate.

The advantages of Kumemet: Conductive, high-strength foils make Kumite's bolts electrically conductive. Paint adaptability, Kumemet can be used as a primer for most paints including plating. Environmentally friendly, water-based solution, no chromium, no waste water, no harmful substances discharged into the air. Excellent corrosion resistance, only 6 ~ 8Î¼m film thickness, you can reach the salt spray test for more than 1000h. Heat resistance, inorganic film, and the film does not contain moisture. No hydrogen embrittlement process, no acid and electrolytic coating process, avoiding the same hydrogen embrittlement as ordinary electroplating process.

Table 1 PLUS type and coefficient of friction range 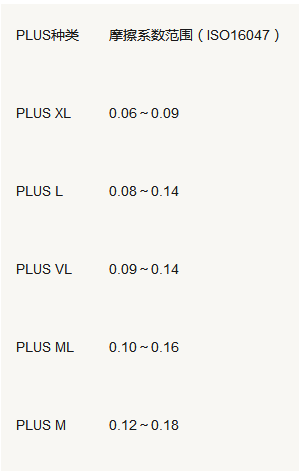