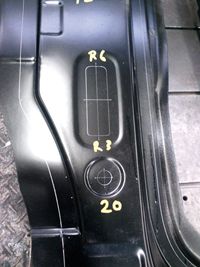 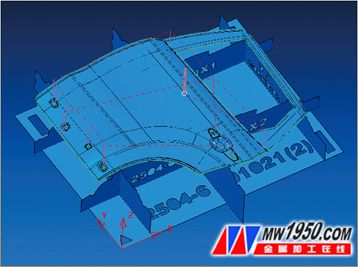 Fig. 2 Manual marking of the scribe line before 3D cutting Fig. 3 Inserting the outer panel of the fascia bracket
For off-line programming: Use the programming software to program the CNC model of the workpiece (see Figure 3). The advantages of this method are many. Firstly, the efficiency is high and the programming speed is fast. Secondly, without occupying the machine tool, multiple programs can be programmed in advance to facilitate the production; and such programs are easy to change, and the symmetric workpiece does not need to be repeatedly programmed. Compared to teaching programming, you don't need full-size scribes, only a few reticle points (three or more). However, this programming method has low accuracy and large changes in the later stage. Because the program written offline is located in the machine tool processing, the positioning of the machine coordinate system is compared with the theoretical coordinate value in the data model by actually collecting the machine coordinate values â€‹â€‹of the scribe line points, and the program is fitted by some algorithm. That is to say, it will make corresponding adjustments to the deviation of the actual workpiece, so that the program's trajectory is closer to the actual workpiece. But this strategy is almost certain, the actual machining of the workpiece will be biased. The collection of data points is generally set in the easier acquisition area, but the coordinate system is moved back and forth according to the deviation between the three points, and it is inevitable that it cannot be considered. Therefore, in actual production, the program must be adjusted.
(2) Tooling brackets Tooling brackets are usually available in two ways. One is a plug-in type, that is, by cutting out steel plates corresponding to the shape of the product and assembling them together. This method is fast and efficient and is a rough positioning. The other is to use steel bars (tubes) welded to the base and the product overlap or use a part of the old parts (manually cut), or attached with resin blocks and products. This method is closer to the actual workpiece. The three-dimensional laser cutting mainly faces the drawing member, which cannot be positioned by the hole such as the pin, and can only be positioned by the shape of the workpiece, and the deformation of the thin plate member is relatively large, so the magnet is mounted on the bracket in the production. Strengthen positioning, as shown in Figure 4 and Figure 5. 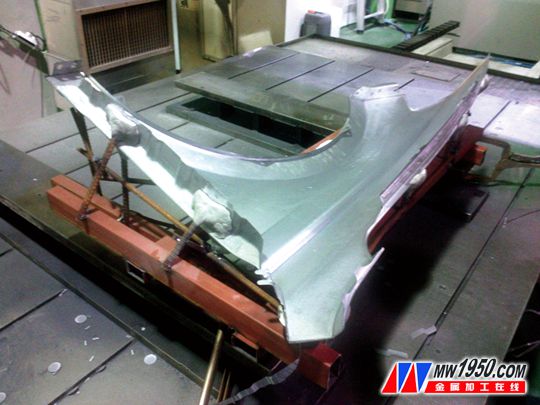 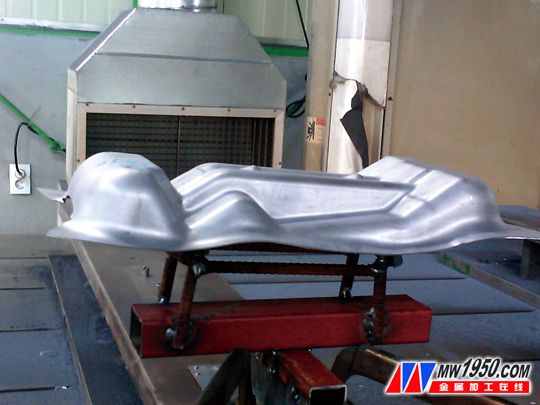 Figure 5 small three-dimensional piece simple tooling
(3) Laser cutting system The 3D laser cutting machine of our factory uses carbon dioxide slat laser. The laser generated by the laser generator needs to pass through the optical path system (so-called flight optical path) composed of reflective lenses arranged on the respective axes of the machine tool. On the focusing mirror of the laser cutting head, the parallel beam is turned into a spot by the focus to illuminate the workpiece, and the cutting work is completed by the action of melting, blowing and the like. There are many factors affecting the quality of laser cutting, laser power, modal frequency, transmission efficiency, stability of the entire optical path system, as well as the light reflectivity of the processed material, the type of gas used for cutting, the gas pressure, the size of the cutting nozzle, The shape of the nozzle, the focus position at the time of cutting, the focus position of the punch, the correspondence between the cutting power and the speed, and the like. These are the factors to be considered for laser cutting. The 3D laser cutting also needs to face the processing state when the cutting nozzle is not perpendicular to the workpiece. This is caused by the shape of the product and the interference of the cutting head. Sometimes this kind of interference makes the processing impossible, and the process has to be changed. Three-dimensional laser cutting requires high accuracy of the optical path. Even if the A-axis (B-axis) and C-axis of the machine tool are rotated at a large angle, the spot should be ensured to appear in the middle of the nozzle, and there should be no large deviation.
3. Conclusion
Through the production practice of 3D laser cutting equipment, the improvement of machining efficiency by 3D laser cutting is very significant. For carbon dioxide slat laser cutting systems, the laser's various performance beam purity, energy density, output stability at high load, laser gas lifetime and economy, adaptability to voltage changes, etc. will be greatly improved The ability, quality and efficiency of 3D laser cutting. The transmission efficiency of the optical path system of the machine tool, the flexibility of the laser head, the easy modification and convenience of the program, and the intelligence are all expected by the user, and also the direction that the manufacturer should work hard.
About the author: Wang Yong, FAW Mould Manufacturing Co., Ltd.